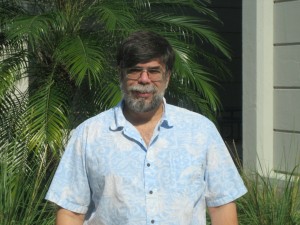 My research focus is in the field of Elementary Particle Physics (EPP). People in this field are interested in exploring the structure of space and time and the basic constituents of matter with the goal of understanding the laws that govern our physical universe. As an experimentalist in the field, I work on very large-scale experiments that require active participation by teams of scientists, engineers, and technicians that number in thousands. These teams are international in scope and based at laboratories all over the world. These days I work on the Compact Muon Solenoid (CMS) experiment, a general-purpose particle detector collecting data at the Large Hadron Collider. This laboratory CERN is located in Geneva, Switzerland.

Specifically, my research interest lies in the search for supersymmetric particles that decay hadronically. Supersymmetric (SUSY) particles have never before been seen and would represent a completely new form of matter. These SUSY particles would complement the leptons and quarks that make up the basic constituents of ordinary matter we see around us. Also, SUSY particles could be the long-sought constituents of dark matter whose existence is well found in many astronomical observations. Our search for SUSY particles involves looking for distinctive signatures from decays into quasi-stable particles composed of quarks and missing energy. The decay into quasi-stable particles composed of quarks is what is represented by the “decay hadronically” in the statement above.

I joined CMS in 2001.   Initially, I worked on US based Grid computing projects that eventually led to the creation of the Open Science Grid (OSG). I then focused on data analysis and continued to contribute to computing for CMS and have now moved away from active participation in LHC physic and am working on a variety of projects from the administration of the FIU Physics Graduate Program to Medical Physics and some work at Jefferson Lab and its GLUEX project. I also continue to work in computing when time permits. Before I joined CMS I studied flavor physics and CP violation at the Belle experiment at the KEK B-factory, in Tsukuba Japan and CLEO-II the electron/positron collider experiment at Cornell University. Exploring CP violation, a rather complicated and technical element of the standard model of particle physics, is critical to our understanding of why the observable universe is composed of matter instead of anti-mater.

I joined FIU in 2007 and have since been teaching students physics at the graduate and undergraduate levels. These days I teach undergraduate students introductory physics: mechanics, electricity, and magnetism with and without calculus and the advanced undergraduate laboratory for physics majors.

This semester I’ll be teaching the following course(s)